The seafaring Skantze family has for centuries kept their base in the areas around Kungsbacka in Halland. From there, and from generation after generation, shipping vessels were brought out whale hunting, fishing and trading across the world's oceans.
In the middle of the 1800s, Swedish industrialisation grew rapidly and factories throughout Sweden were established, which required enterprising men with leadership qualities. Many of these men came from the commanding line of the Swedish Navy and one of them was the Sea Captain Herman Skantze who alongside his cousin C.A. Swahn left for the naval port of Karlskrona, in order to establish Sweden’s first kerosene lamp factory. They saw great market potential in the new technology, especially with the Swedish Navy as well as the expanding railway.

The kerosene burner is an advanced product, with many small details to be manufactured and assembled, which requires expertise and capital. The capital comes from C.A. Swahn’s uncle, the successful clothing manufacturer Johannes Swahn. The knowledge comes from Germany, which with its Prussian school system has created a cadre of exceptionally skilled engineers, and laid the foundation for what will soon become the world’s foremost industrial nation. As a German consul in Karlskrona, C.A. Swahn has the right contacts and with German help and German machines, the factory expands in 1893 to newly built premises in central Karlskrona.

With an annual production of almost half a million burners, and over 500 catalogued models, as well as a large production of special luminaries for both electricity and gas, Karlskrona Lampfabrik is the leading provider within the lighting industry in southern Sweden. As the ultimate confirmation of products of high quality, the factory was awarded the first prize and a gold medal at the large industrial exhibition in Stockholm in 1897, as well as additional medals at the exhibitions in Helsingborg in 1902 and Karlskrona in 1903. 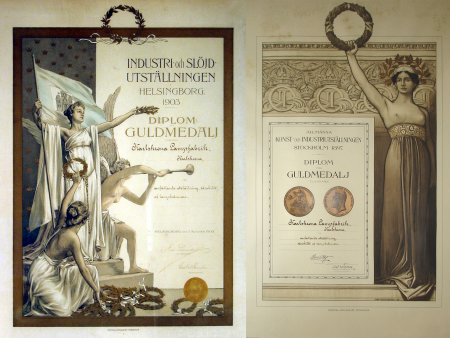 In 1899 Hugo Skantze took over as the second generation and the business took a new direction. He invests even more in the new electric lighting technology, not only with regards to the manufacturing of luminaires, but also with a view of becoming one of the main providers of the electrification of southern Sweden. He purchases new industrial land on Pantarholmen, where a large foundry with a mechanical factory is built. Cast lamp parts and lamp posts are manufactured here, but also a lot of the cable fittings required for installation operations.

In 1914, war broke out, a catastrophe not only for Europe, but also for Lampfabriken. Oil rationing leaves kerosene lamps unusable and overnight the market for these products almost disappears completely. At the end of the war, Hugo becomes ill and dies, leaving behind sons that are still too young to take over. 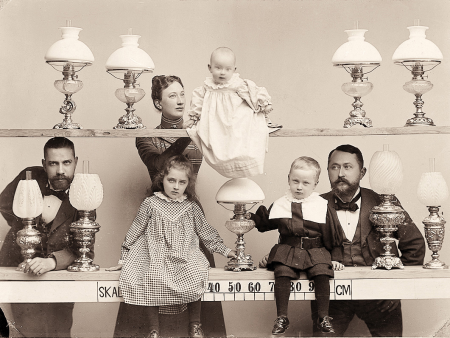 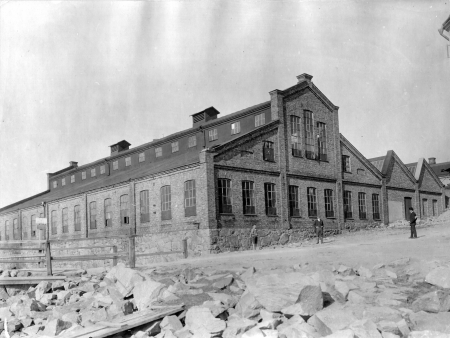 The eldest son, Lars-Olof Skantze, is a qualified electrical engineer and has experience from working as a manager for SKF in South America, when he took over as Lamp Manufacturer in 1933. His plan is to rationalise and increase profitability, selling the factory property in central Karlskrona in order to concentrate the entire business on the rebuilt foundry on Pantarholmen, where we have since conducted our business.

The Kerosene lamps’ existence dwindles, and the focus is put entirely on the electrical lighting. The range is partly modernised, but the classic models from the late 1800s are kept, which to this day is the signature style of Lampfabriken.

1950 - Traditional craftsmanship in a modern age

When Lars-Olof chooses a political career, his younger brother Björn-Orvar takes over as manufacturer. His role will be to manage craftsmanship in a society characterised by rapid modernisation and automatisation. This will be a major challenge, as the industry in general is shifting its focus from small-scale production of high quality products to cost effective production in large volumes. The family’s conversative view of how production should take place, combined with an unwillingness to raise external capital, means that the craft production with the old German machines from Swahn’s time continues. 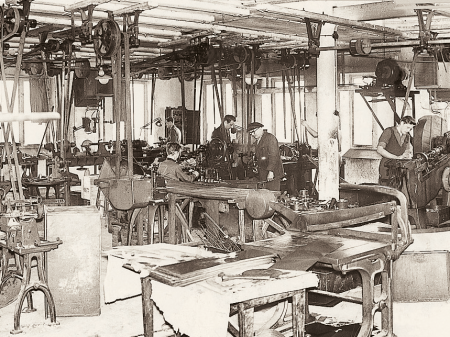 Björn-Orvar dies and his sons Patrik and Johan Skantze take over the business. Modernism’s view on design and production has taken over completely and the customers’ interest for classic design and quality is lessening, in favour of a simplified production of lamps in cheap materials. The difficulties escalated even further during the 1990s when the Asian low wage countries entered the market. Almost all small scale factories of home furnishings in Sweden and Europe close down or convert into import companies. Karlskrona Lampfabrik continues, however, on a very limited scale to produce their classic brass luminaries for a small and specific customer base. 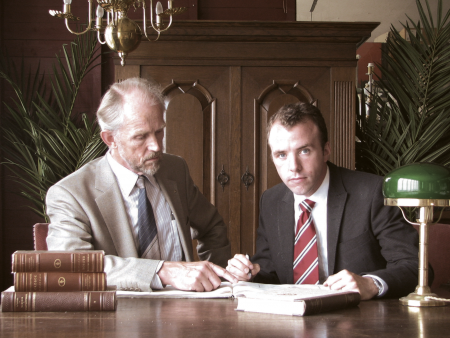 Patrik’s son Valdemar Skantze and his wife Katarina takes over as manufacturer with the intention of further raising the quality of the products and highlighting the rich historical heritage that the company bestows and is currently alone about. The ambition is to find a much broader and stronger market that appreciates a genuine Swedish craft. The new focus proves to be right on time, in a globalised world where overconsumption and long distance transports are becoming more and more ethically indefensible, at the same time as conscious customers are beginning to demand national distinctive products with a history and a quality that will last long.

2021 - A renaissance for Swedish craftsmanship

Karlskrona Lampfabrik has increased its turnover fivefold, the craftsmanship and knowledge of classic design is something that is once again requested. Architects and interior designers are gaining more and more respect for the Swedish cultural heritage, and ideas around building restoration have made an impact. The factory is getting more and more work with customised products as well as the trust to produce most of Svenskt Tenn’s lighting range.

The successes enable an investment in restoring the unique factory environment on Pantarholmen, which during the past 120 years has become quite worn. The goal during 2023 is to open it up to a broader market so that they can see how the lamps are manufactured and take part in the rich historical material that has been collected during the company’s long history. 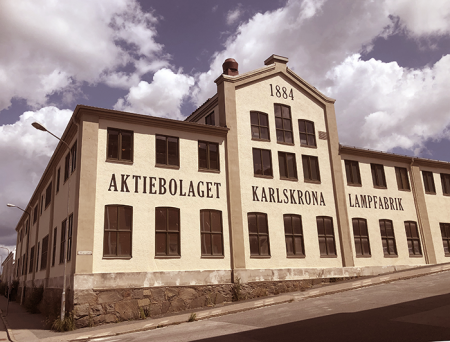